The table below summarizes major race riots in the United States since the Supreme Court’s desegregation decision of 1954, i.e., the beginning of the Second Reconstruction (v. “The Second Reconstruction” by Thomas Allen) to 2015. Most authors whose books were written between 1955 and 1963 promoting desegregation, integration, and “civil rights” predicted that most racial strife would be in the South. They expected at worse some minor problems outside the South. This table shows that they were false prophets. Between 1954 and 2015, more than twice as many riots have occurred outside the South. In the states of the old Confederacy plus Kentucky, the South, 16 race riots have occurred. In the states of the Union plus Nebraska and less Kentucky that invaded and conquered the South 37 race riots occurred. The data in this table are based on the Wikipedia article “List of ethnic riots” (https://en.wikipedia.org/wiki/List_of_ethnic_riots). 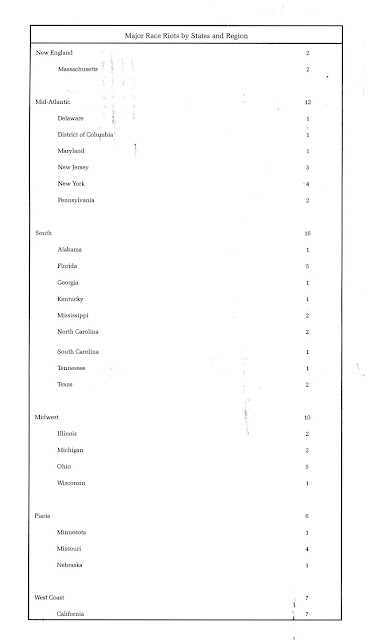 [Editor’s note: The following speech was delivered by Thomas Allen, President of the First Flag Chapter of the Children of the Confederacy, March 1996, at the First Flag Day Ceremony in Louisburg, N.C.]

We are gathered here to commemorate the first official flag of the Confederate States of American. Major Orren Randolph Smith of Franklin County designed that flag. Using Smith’s design, Catherine Rebecca Murphy, assisted by her aunt and Nora Sykes, made the flag in Louisburg.
In March 1861 this flag flew over the Franklin County courthouse square where we now stand. It flew two months before North Carolina seceded. The monument in front of the courthouse honors this event.
Major Smith was an ardent secessionist. He realized that armed conflict was inevitable. Knowing the value of a flag as a symbol, he set about designing one.
He designed the flag upon the idea of the trinity. The three bars represented church, state, and press. The church stood for Father, Son, and Holy Ghost. The state stood for legislative, judicial, and executive. The press stood for speech, liberty of conscience, and the right to be heard. The three colors of the flag were white, blue, and red. White represented purity; blue, constancy; red, defiance.
Each state of the Confederacy was represented by a star. The original flag contained seven stars. When Smith designed the flag there were only seven states in the Confederacy: South Carolina, Mississippi, Alabama, Georgia, Florida, Louisiana, and Texas.
Major Smith brought Miss Murphy material to make a model flag. She did as directed. The model measured 12 by 15 inches. After she had made the model flag, Major Smith sent it to Congress in Montgomery, Alabama. On [March 4, 1861] Congress adopted Smith’s design as the official flag of the Confederacy. Major Smith’s flag became known as the Stars and Bars.
When he learned that his design was accepted as the flag of the Confederate States of America, he brought material to Miss Murphy and had her make a large flag. This flag was identical to his model. This flag was made of dress material. It measured 9 by 12 feet.
Monday, March 18, 1861, Major Smith raised this flag on this square. This was the first Confederate flag ever displayed in this part of North Carolina. It flew two months before North Carolina seceded.
The ladies of Louisburg made a copy of Smith’s flag and presented it to the Franklin Rifles. This flag was made of silk and had a heavy silver fringe. On one side of its blue field was North Carolina’s coat of arms. On the other side was a circle of stars and an inscription. The inscription read, “Our lives to liberty. Our souls to God. Franklin Rifles. Presented by the Ladies of Louisburg, N. C. April 27th, 1861.” The Franklin Rifles carried this flag until the Confederate Battle Flag was adopted.
In March 1961 Franklin County turned out to celebrate the hundredth anniversary of Major Smith’s flag. This was perhaps the largest celebration ever held in Franklin County. The Franklin County Board of Commissioners, the local Jaycees, and other civic groups actively participated in the celebration. There was a large parade. Speeches were made in front of this courthouse. Replicas of the Stars and Bars flew in front of all businesses and many private homes. The Board of Commissioners decreed that the flag should fly over the courthouse for all to see.
The flag flew over the courthouse for a year or two. Then It was taken down, never to fly again except a few minutes over the past several Marches.
Franklin County should be proud of the flag that Major Smith designed. The Stars and Bars should fly over this courthouse every day — not just a few minutes in March. Why is it not flying every day? The time has come to bring the flag out of the closet. The time has come for the flag to be returned to its rightful spot in front of this courthouse.

More articles on the South.
Posted by tc allen at 7:34 AM No comments:

Today, governments notes serve as money. They are issued either directly by governments or, more often, indirectly through their central banks. Notes issued by central banks are often called bank notes, but they are functionally the same as government notes. However, some significant and important differences exist between bank notes under the gold standard and government notes.
As long as bank notes represent newly manufactured consumer goods (goods expected to be sold in less than 91 days to the final consumer), they are wholly beneficial in their effect. They replace a corresponding amount of gold in the form of coin and reduce the cost of distribution. On the other hand, government notes are wholly maleficent in their effect; they are an unmitigated evil. The worst effect of government notes is that they impoverish the masses by transferring their wealth to the wealthy few resulting in economic stagnation.
When properly issued, bank notes always evidence capital that provides the means for their retirement. They represent the gold value of merchandise that will be sold in less than 91 days — thus, providing the means for their retirement. They are instruments of distribution and facilitate trade. A person exchanging the bill of exchange for bank notes pays the bank a discount on the bill. Bank notes maintain a direct relationship between money and production and consumption. (Production produces the money needed for consumption of the products produced under the real bills doctrine.) The holder of bank notes can convert them to gold on demand. Thus, bank notes circulate at par with coin. At least two parties, the maker and endorser of the bill discounted, guarantee the notes issued to buy the bill. Bank notes are not legal tender and can circulate without being legal tender. They respond to and serve the needs of the commerce. When their work is done, they are removed from circulation. When the bill representing the merchandise that a bank has converted to bank notes is paid, the payment extinguishes the bank notes. “Their use largely increases the amount of coin in a country, from the powerful influence they exert in enlarging its production and trade, the coin, and paper representing merchandise of equal value, circulating side by side in proportions to suit the public convenience.”[1] Although the quantity of bank notes can fluctuate greatly, their issue and retirement do not lead to price inflation or deflation because they represent new goods being sold in the market. As long as bank notes are issued only for real bills, bank notes can never be over issued. They will not cause prices to rise because they disappear as the merchandise that they represent is sold. They will always remain at par with gold.
Government notes function entirely differently than bank notes. As government notes do not represent anything being offered for sell, they lose value and raise prices. When used to buy goods, they continue to exist and can be used multiple times to buy consumable goods. They are completely independent of commerce. They do not evidence capital. To the contrary, their purpose is to transfer capital to the issuing government. The government is always a borrower of money and wealth and never a lender. Government notes are not automatically retired; they are retired at the prerogative, whim, and discretion of the issuing government. The government does not issue its notes to discount bills, and they do not represent anything that is immediately available for sale for specie. No interest or discount is connected to the issue of government notes.  Because the government cannot pay its notes in specie on demand, its notes are never made payable on demand. (If it could pay on demand; it would not have to issue notes.) Not representing capital, they become instruments of excess consumption that leads to price inflation. Government notes destroy the relationship between money and production and consumption. Once issued, government notes never disappear until the government decides to retire them. If they were not legal tender, they would have difficulty circulating.


As they are always the last resort of exhaustion and incompetency, they are always made legal tender in the discharge of contracts equally with coin as a necessary condition of getting them into circulation. Otherwise no one would receive them as money. Such provision may for a time give them a high value, but can never raise them to the value of coin, for the reason that they can serve only one function of coin — the payment of debts. . . . They lose a considerable portion of their value so soon as the debts existing at the time of their issue are discharged, as no one will contract to receive them at a future day as the equivalent of coin. Their value, consequently, comes to depend upon the time that, in public opinion, is to elapse before they are paid.[2]

Government notes promise to pay with no provision for payment. They are debt payable at the pleasure of the issuing government. Such payment is almost never made.
Economics drives the issue of bank notes and determine the quantity in circulation. Politics drives the issue of government notes and determines the quantity in circulation. Government notes are low quality currency. As long as the real bills doctrine is followed and the gold standard is maintained, bank notes are high quality currency.

More articles on money.
Posted by tc allen at 6:34 AM 1 comment: