Are You a Racist?

Are You a Racist?

[Editor’s note: The compiler of this list of definitions has not made any of them up. He has seen such people called racists in various books and articles.]

Added July 10, 2016
71.    a person who supports a country withdrawing from the European Union;
72.    a person who uses racial epithets (similar to number 15);
73.    a person who believes or claims that White Americans are the lost tribes of Israel;
74.    a business, including a business owned by Muslims, that does not treat Muslims the way the Muslims think that they ought to be treated;
75.    a person who disparages hip-hop music;
76.    a gun dealer who, when he notices a Muslim buying excessive amounts of ammunition, notifies Homeland Security that a Muslim is purchasing excessive amounts of ammunition (see numbers 80, 194, 255, 295, 331, and 555);
77.    a person who draws or uses a diagram that shows Whites doing the right thing and non-Whites doing the wrong thing (presumably a diagram showing Whites doing the wrong thing and non-Whites doing the right thing is not racist);
78.    a person who uses the word “brownie” when referring to a cake commonly called a “brownie” (this may also apply to a person who uses the word “Brownie” when referring to the pre-Girl Scouts club);
79.    a non-Jew who displays the Star of David, a six-pointed star, especially when associated with money (does this make sheriffs and sheriffs’ deputies racist because they display a six-pointed star, the Star of David);
80.    a Republican who does not pursue gun control (see 76, 195, 255, 295, 331, and 555);

Added April 8, 2017
111.    a White person having sex with a Black person (conflicts with number 136);
112.    a Southerner;
113.    a Christian (similar to number 261);
114.    a person who believes that everyone should play by the same rules and be judged by the same standards;
115.    a supporter or fan of the New England Patriot;
116.    a supporter of the Tea Party;
117.    a person who says “Islamic extremist” or “illegal immigrant”;
118.    a dead White author, especially one who has written a book significantly important to Western civilization;
119.    according to Joseph Pearce, a person who hates or is prejudice against “someone for something that they cannot help being and for which they are themselves not culpable” (this one is similar to No. 6 except that it can be construed to go beyond race);
120.    a person who celebrates St. Patrick’s Day;
121.    a person who opposes wasting tax money on social programs that do not work;
122.    a parent who wants his children to be healthy and intelligent;
123.    a person who despises, castigates, humiliates, and oppresses people of other races (see number 6);
124.    a school administrator who supports testing teachers to ensure that teachers are able to read and interpret basic English;
125.    an antiracist because he is intolerant of those he has defined as abhorrent;
126.    a eugenicist;
127.    a person who adheres to traditional American values;
128.    a person who believes that white symbolizes purity;
129.    an anti-egalitarian;
130.    anyone who is not a Marxist (see number 514);
131.    a person, especially a White person, who denies that he discriminates;
132.    a person of discernible taste;
133.    a person who wears the traditional red, white, and blue flag attire;
134.    white Skittles candy (which ironically was produced to celebrate Obama’s declaration of June as LGBT pride month);
135.    a Jew;
136.    a person, especially a White, who refuses to marry someone of another race (conflicts with number 111);
137.    a person who acknowledge biological differences of races (similar to number 146);
138.    a person who embraces scientific empiricism;
139.    a person who disagrees with the leftist, liberal, progressive, Marxist agenda (see number 506);
140.    a diary farmer or a person who drinks milk; 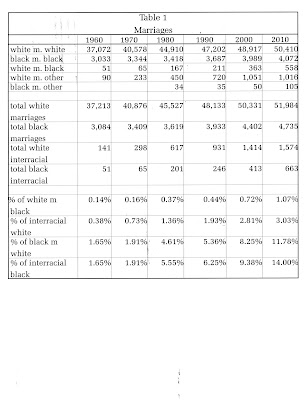 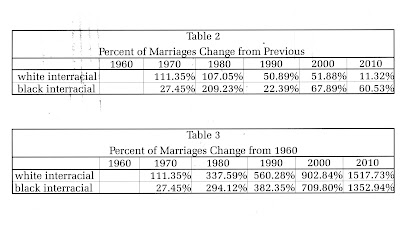 More articles on social issues.
Posted by tc allen at 7:54 AM No comments:

[Editor’s note: This was submitted as a letter-to-the-editor. The editor of this newspaper opposes North Carolina’s voter identification law and its restroom sexual segregation law, SB2, which requires people to use the restroom of the sex on their birth certificate. His reason for opposing these two laws is that they attempt to solve problems that do not exist.]

I went to what is now called middle school with some boys who had an annual contest of getting expelled from school for the rest of the year. The first boy to be expelled for the rest of the year won.
They would have loved today’s school policies void of common sense and guided  by zero tolerance. When they entered the classroom on the first day of school, they would have shown the teacher a picture of a gun and demanded to be expelled. They would have repeated this process every time that they returned to school until they were expelled for the rest of the year.
Sexually integrated restrooms, which the recent enactment of the General Assembly prohibits, may have been enough to keep these boys in school. On the first day of school, they would have informed the teacher that they felt like girls and demanded to use the girl’s restroom. Thus, some good could have come from sexually integrated restrooms: keeping these boys in school.
We are witnessing big business bullying North Carolina with the extortion of threatened boycotts. The reason for this bullying has more to do with the bottom line than with equality. If restrooms were sexually integrated, the cost of new construction can be reduced by cutting restroom facilities in half. No longer would they have to build restrooms for women and for men. They need only build one for all.
Some people condemn the General Assembly for being proactive with the voters’ identification law and the restroom segregation law to prevent problems before they occur. Yet many of these same people condemn the General Assembly for not being proactive when problems do occur, such as, the coal ash spill.
Most of these people denounce the General Assembly for selling out to big business on the coal ash issue. Now they denounce the General Assembly for not selling out to big business on the sexual integration of restroom issue.
Go figure! I guess it depends on one’s agenda, whether the General Assembly should be proactive.

More articles on politics.
Posted by tc allen at 6:41 AM No comments: